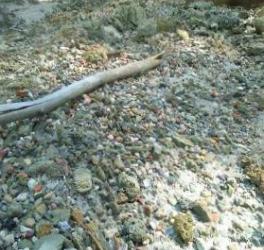 Many people will tell you that Louisiana is 'rock poor.' In many parts of the state this may be true, but not in Vernon Parish. We are home to a world famous deposit of precious sandstone opal. One of the most rare opal variations in the world was found right here in these pine scented forests.

While the mine itself only operated for a handul of years, smaller finds are still possible along the Sabine River and in the Toro Bayou area. Originally referred to as 'Christmas Stones', it is purported to have been known for many decades. However, it took until the early 1990's for the deposit to be unearthed and mined by an enterprising mind that knew exactly what these 'Christmas Stones' were. The original find is on what is now private property and the exact location a closely guarded secret for obvious reasons. Having been reportedly mined out, covered over and virtually forgotten, it is truly just another "legend" for Vernon Parish to brag about. And brag we do! We may be biased, but the 'Louisiana Opal', as it's now known is the most spectacular of opals. Exceedingly rare material that is highly prized by jewelry makers and rockhounds around the globe.

But opals are not the only stone to be found. We abound in stones of several varieties in Vernon Parish. In fact, we were what was known of as a 'source' to the tribes of the region looking for raw materials needed to craft their tools. A quick look at stone artifacts found in the region reveals that the Jasper, agate and even petrified palm wood was used heavily by area tribes.

The Louisiana state mineral is agate. The creek beds and many of the country roads in western Vernon Parish are littered with these beautiful stones. Each one displays a rich color banding and no two stones are alike. Take in the serenity of the canopied outdoors and take a tiny piece of that beauty home with you!

Petrified Wood is also plentiful in the parish. While there are many variations of color and species, there is none more coveted than petrified palm wood. With a unique pattern and easily distinguishable characteristics, it all that remains of a now extinct species of palm tree. Petrified palm wood is highly sought and is not found in many places. Louisiana is one of the very few places in the United States where it can be procurred. It was designated as the official State Fossil of Louisiana in 1976. 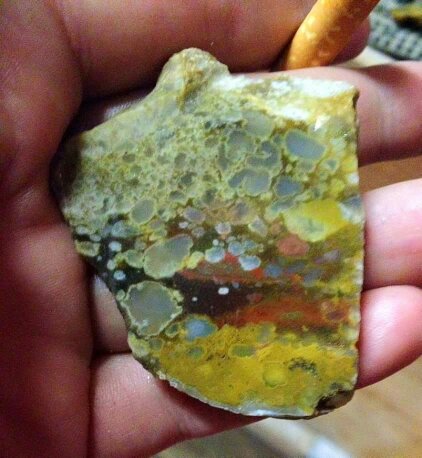 Gem quality Dinosaur Bone can be found within the parish as well. While more rare than some other stones, it's a beautiful specimen that's well worth the hunt. While Louisiana was not home to dinosaurs as most would define them, we did have a rich biodiversity that left it's mark. Those who discover this gem find themselves back out on the hunt for more. The intricate design of nature has no synthetic alternative that displays the same vibrance.

The list goes on and on when it comes to the types of rocks and minerals that are found in the region. When you begin to try and list all of the different types of Jasper, Agate, Coprolites, silicated wood, petrified wood and dino-bone, there are hundreds of discoveries just waiting for you. And I didn't even mention the occasional selenite and septarians that can be found along the Sabine River.

Grab a back pack, hiking boots and hammock, you'll want to stay awhile!